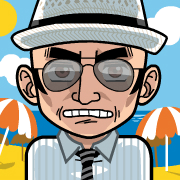 You probably reached this page trying to learn a bit more about me, however I’m not or should not be a person of interest to anyone so I will not say too much about me, but I’d still say enough.

It was back in the summer of ’96 when my mother noticed my passion for computers and decided to buy me one.

I remember that day as if it was yesterday when we walked in a modest two bedroom flat owned by a police officer who was selling her PC because she wanted an upgrade. My mother found the sales ad in the local newspaper and decided to give it a try. None of us had any idea what we were actually buying, but we did know it was working and it costed nearly as much as a refurbished car.

The heavy computer came bundled with a 14″ 16 color CRT screen and with an Epson LX series printer, loudest printer I’ve ever seen.

Running MS-DOS version 3 from a 40MB HDD the 8086 PC was the as old as me, but worked flawlessly for what it was supposed to do.

At first I was curious, but afraid not to break it in any way and after a few days of printing enough sheets to take down an entire forest using the Epson printer and emptying it’s ribbon I decided to print some more so I filled the ribbon casing with ink typically used in fountain pens. I did not think it would work, but oddly it did and those grey shades I printed before would now turn into dark blue ones.

Then later on I discovered the games and played Jill of the Jungle all day until I finished it and got bored once more so I decided to do something useful with my time and got myself a book on programming in qBasic. That was actually the beginning of it all because my first programming tasks were to do my math’s homework on the computer and besides learning to program I would also skip having to do difficult exercises all by myself.