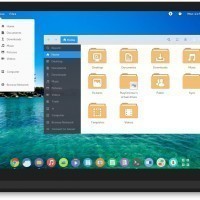 A bunch of Arch Linux enthusiasts have released Apricity OS, a fork based on Arch Linux which brings all the advantages of using Arch Linux on a desktop oriented distribution: Apricity OS is an open source, freely distributed, modern, and beautiful desktop-oriented operating system derived from the well-known Arch Linux distribution and built around the
Read More