I followed an ad earlier today which was referencing some sort of DDoS protection as I was curious to see what solutions could one offer that would help prevent major DDoS attacks like the record one that got Brian Krebs kicked of Akamai for taking around 620 Gb/s, especially since some believe that someone is systematically calibrating a tool to bring down the entire Internet.

So I ended up on a landing page that was offering the Huawei Anti-DDoS S8030 device along with protected IP transit and obviously some free crap and a free trip to Beijing for the monthly discounted price of 5999€ per month (pricing available only with 36 month payments as otherwise it’s 7631€ per month): 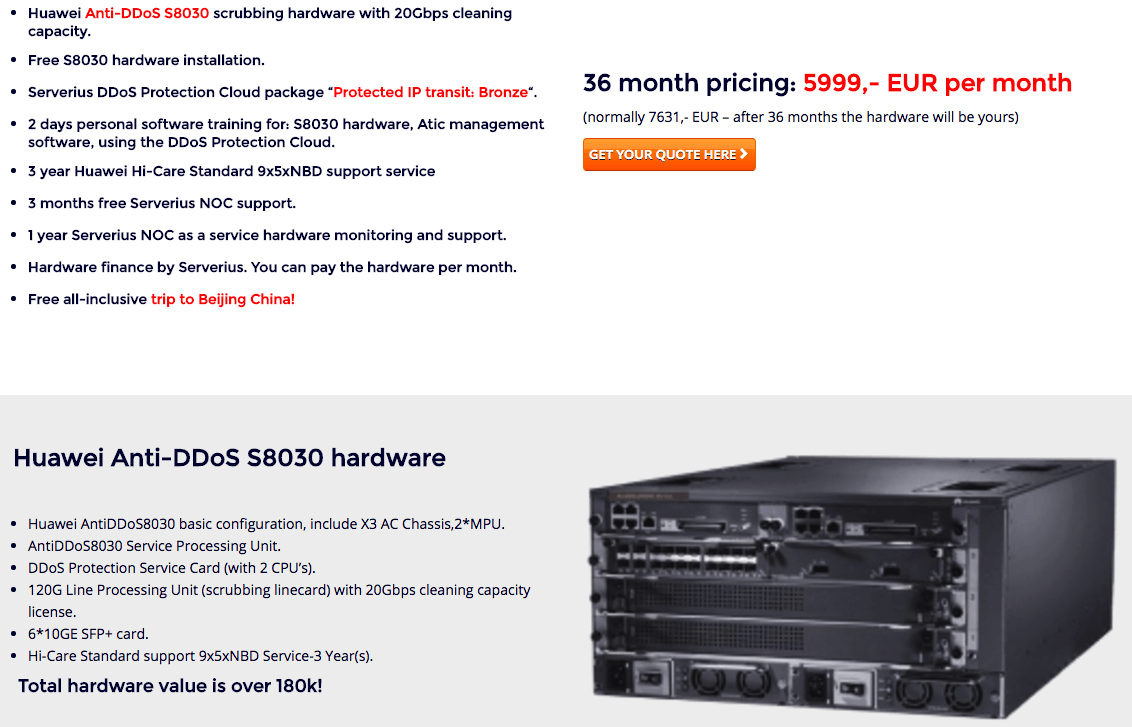 Well given the pricing involved I’s say that next time you get a threat email from some kids demanding 1Ƀ (roughly 500€) to spare your network from a DDoS attack just pay off them kids. It’s cheaper and they’ll even say ‘thanks’.

Given the pricing of anti-DDoS solutions I would not be amazed to hear the fact that those doing systematic attacks against critical network infrastructure around the world are actually sponsored by the anti-DDoS providers and hardware makers just so that they can open a new market for their newer products. After all, the vast majority of DDoS attacks come from China nowadays and that’s where the hardware is built isn’t it? Also, when insuring the hardware’s performance under a production environment how would they test it if not by doing systematic attacks?

No Responses to “DDoS protection or ransom payment?”