Gizmodo published this week a post displaying a series of horrific post WWII posters that aimed to fight against socialist/communist propaganda and here’s a sample below: 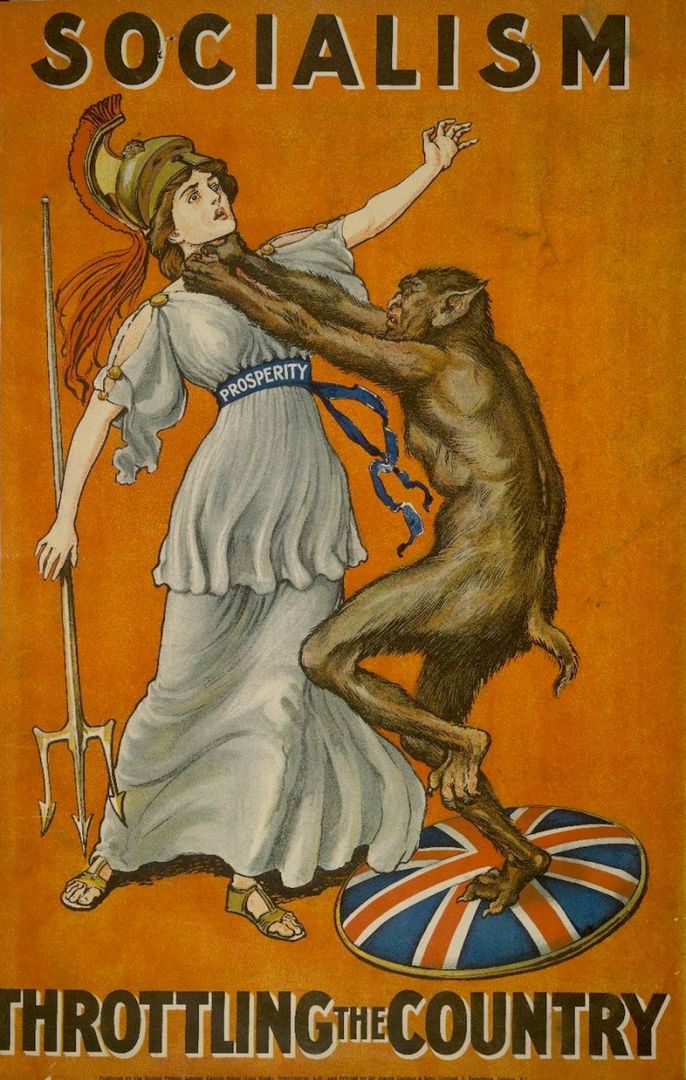 The full gallery can be found on Gizmodo.

Sadly enough, most of the claims within these posters were proven to be correct judging by the history and current economic status associated with the infrastructure growth and public wealth in all European countries that were part of the communist block. Even in Germany where the country itself has evolved and recuperated a lot the differences between the west and the east which were separated by the Berlin wall can still be noticed.

What the left wing conservatives have destroyed in half a century will take probably two centuries to recover, if majorities keep supporting them.